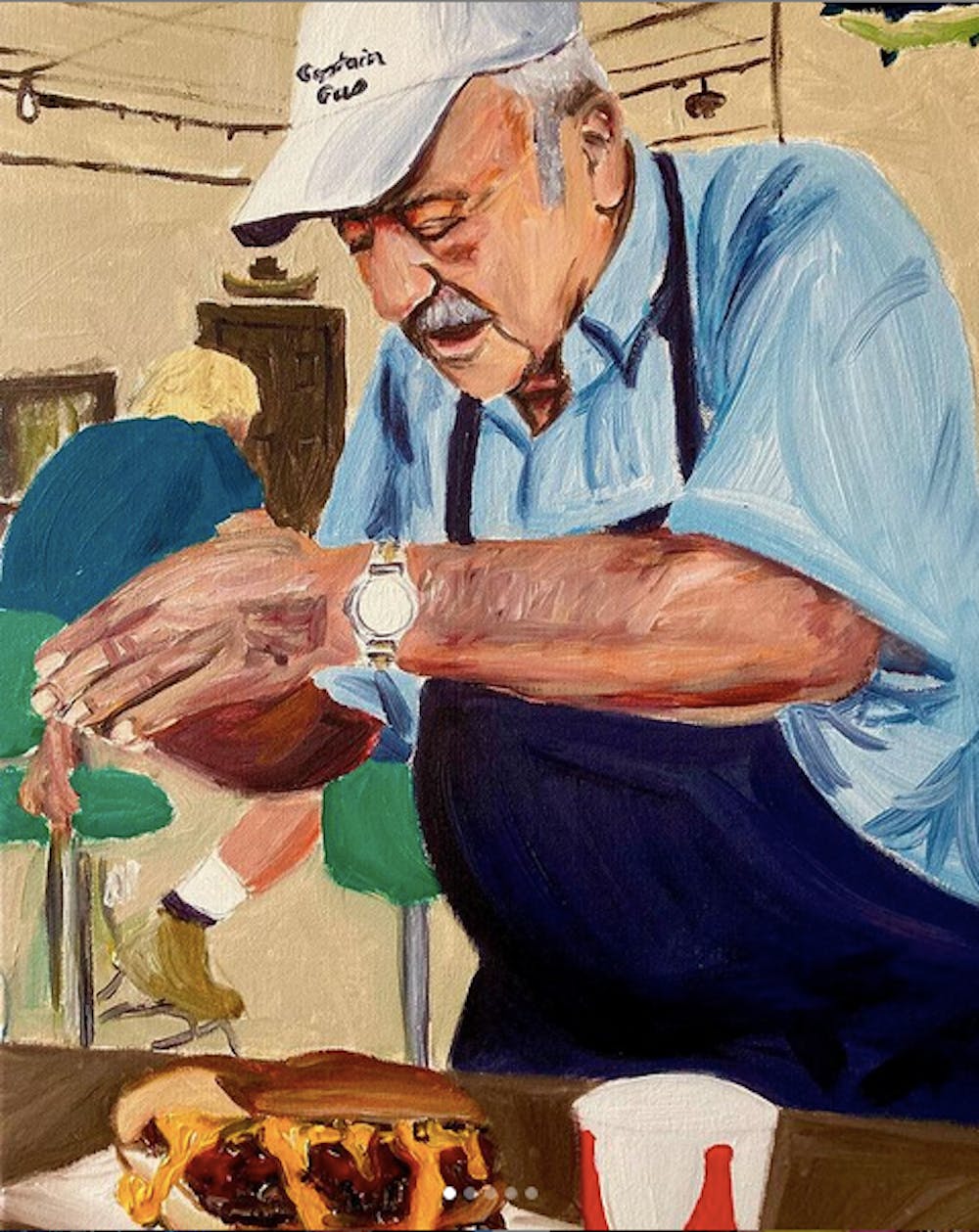 This NFT is a part of this collection: Ericks NFT Gallery Collection

Captain Gus from Captain Gus’ steak shop Is a painting I orchestrated in 2020, He attended J.P. McCaskey High School class of 1943. He was a star football and basketball player, lettering in varsity as a 9th grader. Capt. Gus served his country with the US Air Force and was a Veteran of WWII. He was the former owner of The Bamboo Bar 1955-1965 and co-owner of The Fulton Restaurant 1946-1955. He established Capt. Gus’s Steak Shop in 1968 In Lancaster, PA and has owned and operated the family business along with his children Phyllis Rothweiler and Nick G. Karpouzis since it was founded. He was best known for serving his famous cheese steaks in Lancaster. He was known for his ring tricks, fish stories, treating kids with candy, sharing fruits and vegetables from his Amish and Mennonite friends’ farms. Capt. Gus was a lifetime member, former parish council member, and contributor to the Annunciation Greek Orthodox Church. He routinely donated every year to the Greek Bazaar providing vegetables and was involved in different aspects of the Bazaar. He was member of the Pan-Coan Society Hippocrates, and Sons of Pericles, The Philoptochos Society. Capt. Gus was an avid sports fan, especially the sport of boxing and sponsored annually the t-shirts Golden Glove Boxers. He loved fishing, boating, Greek music, Greek dancing, and spending time with his family. His famous quote that represented Capt.’s beliefs was “the love of the family is the wealth of the family”. He passed away on Saturday, July 7, 2012 at age 86. The steak shop still stands today.

29 From Lancaster, Pennsylvania. Earned his college degree in graphic design and print media. My craft is , I make NFT skateboards and a physical board comes with every NFT. Shipped Skateboards worldwide. Been doing this craft since 2014, As well as a collector of Art and Media its in my blood.